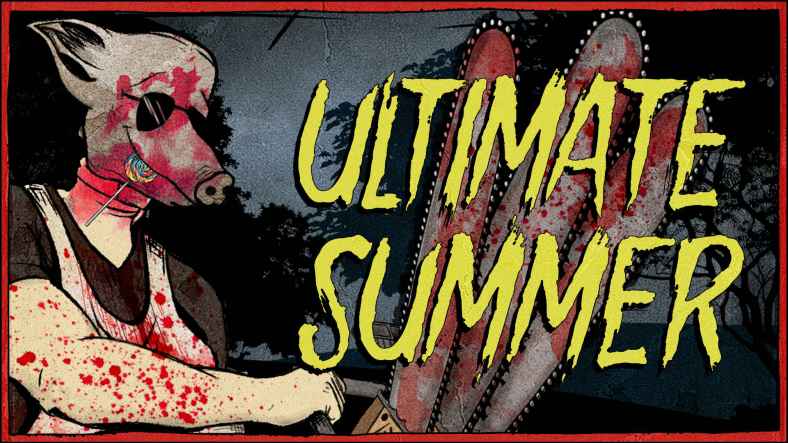 Developed by Polish studio Asmodeva and published by Ultimate Games S.A., Ultimate Summer is a brand new third-person shooter and tower defense title. The game combines two major genres and is inspired by games like Serious Sam and tower defense multiplayer games. Both genres are brilliant and have seen some of the best tracks in the past, but what’s even better is to merge these genres and give us a track that is the best of both worlds. Ultimate Summer is one of those titles that aims to combine these two genres into one. This is our Early Access edition of Ultimate Summer, where we set a few traps and shoot at spawning enemies of various sizes.

The story of Ultimate Summer makes no sense because you’re a retired butcher named Marvin who comes to the zoo to see animals, but when you get there, you see a very different picture. The zoo is closed, all guests are killed and stuffed into the cemetery. All the animals are gathered in one place for their safety, while in the middle there is a big washing machine that is on. The zoo is under attack by the forces of hell, aliens, large carnivores, purgatory and many others. If there is a bad place, the creatures of that place will attack this zoo and they will all want to go to the giant washing machine, which you must defend at all costs in the game. They will join forces with the locals to save the animals from the waves. 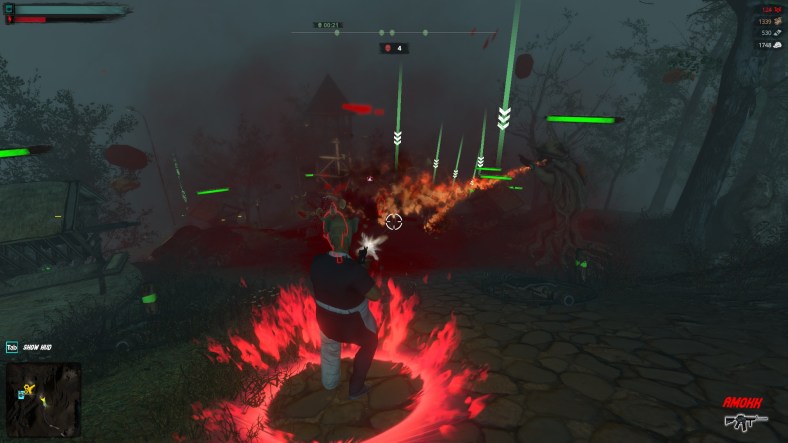 Enemies multiply in waves and use migration routes to get to the washing machine. Your goal is to place traps and turrets along the path so that the enemy waves are dead before reaching the washing machine in the middle. You’ll also meet strange characters who explain what happened at the zoo and sell you weapons and traps. Because the game combines both tower defense and third-person shooter, you don’t just put traps and towers in play for defense.

In the meantime, you also shoot at enemies to kill them. The traps and turrets are there to support you, but the main killing is still done with your weapons. Each level of the game is a day, and each day is a unique challenge. Right now you have 14 days to play. As the day progresses, however, the challenge in the game increases. During the first days of the game you get to know all the mechanics of the game, after that you are on your own. You are free to decide how to proceed in each level, as the game has a large number of places to place both traps and towers. As you progress through the game, new traps, weapons and turrets will be unlocked for you to place in these locations. 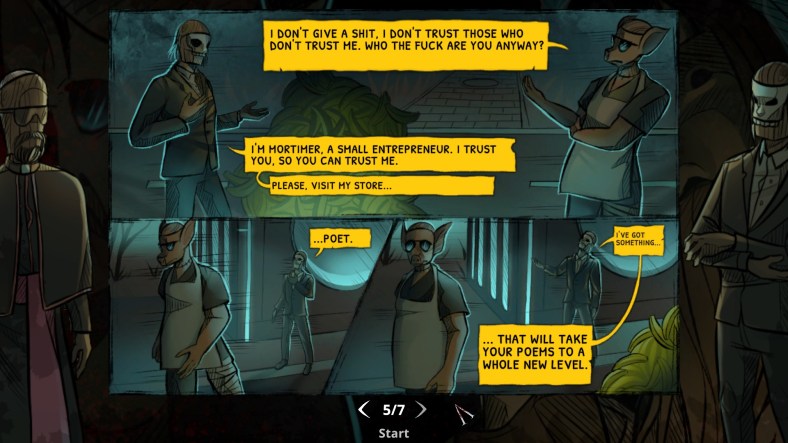 It should also be noted that all public procurement is at a certain level. In the beginning, you have to buy traps and weapons for each level, over and over again. You need to collect resources for your purchases, for which the game uses a fourteen-angle system where you use an axe or a firearm to destroy various things around you, such as B. Trees, buildings, rocks, and walls. Every thing you break gives you the source it’s made of. You use these funds to buy new traps, towers and weapons. After placing traps and towers in their slots, you can also improve them by spending resources to make them more effective. If you want to replace them, you can also remove them and put new traps in place.

At the beginning of a level you have a few minutes to set traps, collect resources and buy weapons. Waves appear as soon as the timer starts ticking, and even if you don’t finish a wave, a second wave will start when the timer for the next wave expires. The waves have traced paths, and these paths widen as one progresses through the levels. Because the zoo is quite large, it takes a while to reach all the waves, but the game features shortcuts that quickly take you back to the main center, so you can quickly tackle a new wave. Besides the traps and turrets doing their job, you also shoot at your enemies. 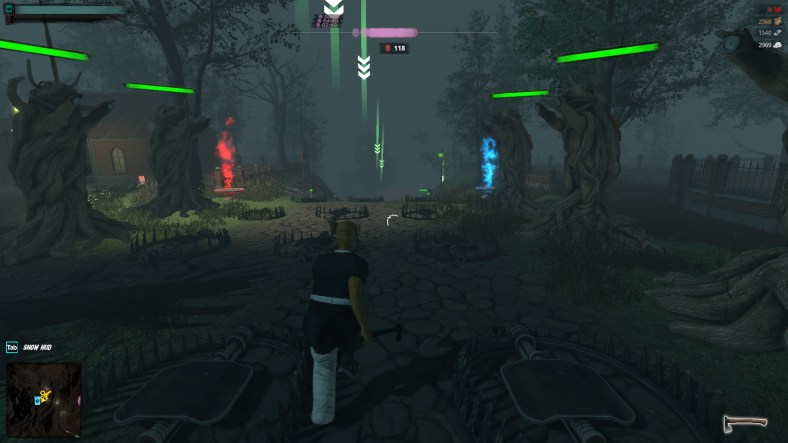 Besides wood, metal and promotional rock, there is a fourth source in the game called sin. Sin is earned by killing enemies, and each murder gives you an additional sin. Collect enough sins and you can buy a new weapon from an arms dealer. Weapons play an important role in the game, as your traps and turrets can only control the enemy waves to a certain extent. You can’t expect to win the game by simply using your traps and tricks. Some of the tougher enemies are pretty tough, and you’ll have to use your weapon against them as well.

In addition to collecting sin as a source, also collect sin in the row below your health, which can be used to trigger AMOKK mode. In this mode, you deal massive damage, which is useful for killing heavy enemies and eliminating large numbers of enemies quickly. The game has unlimited ammo, so finding ammo or reloading it is not a problem and you can shoot at enemies all the time. However, the enemies come in huge health pools, which offers no advantage in the high level game. Shooting is a lot of fun, and each weapon in the game has its own advantages and disadvantages that you should keep in mind when using them. 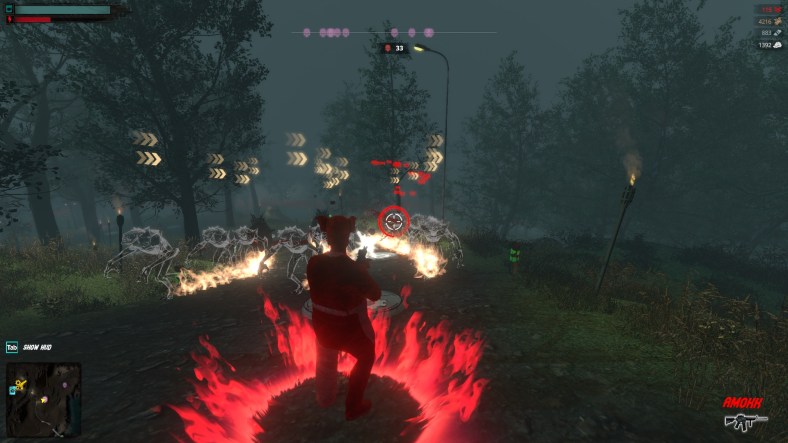 At this point, I would like to see the developers work on making the controls and gameplay clearer and more responsive. The game can be improved by streamlining the controls and better matching the movements to the player’s commands. All in all, I had a great time with the game. It’s very easy at first, but as the game progresses and due to the open world feel, even if the enemies only come in pieces, you have the freedom to play the game and can also deal with multiple waves of enemies approaching from different directions at once. Strategy plays an important role here in order to survive.

Third-person shooter and tower defense is a nice fusion, and we haven’t seen many titles in this genre in a while. The last time I had fun with a game like this was Orcs Must Die! 2, and that was a long time ago. Ultimate Summer brings the genre back to life, and while the gameplay is fuzzy and subtle at this stage, it still offers entertaining shooting and catching. The game is still in Early Access, meaning the developers will fine-tune it before it’s fully released, so we have high hopes for the title. You can jump right into Ultimate Summer and have an extraordinary experience thanks to the easy-to-learn mechanics and intense defenses of Tower on Steam, even in its current state.